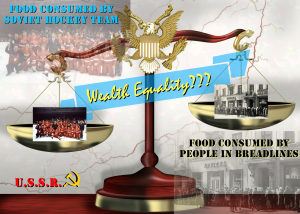 All things must be accepted by the general public—not just through implied consent, but explicitly through polls and plebiscite.

Property rights and academic titles were enforced on the majority by a minority and are not real/official.

I think the public, through direct democracy, can grant such rights and titles to make society run more smoothly, but it still needs to be the public that consents to such things.  Anything else is the enforcement of tyranny.

One idea is for all academic titles to be stricken and then for the public to vote for who they actually think are intelligent to be part of academia (and perhaps for this to be a process that is repeated every few years.)  This ensures people do not enter academia solely through parroting elitist ideologies and can actually defend their reasoning/logic to the people.  If you can’t explain your reasoning to the common man, you probably don’t understand it well enough, in my opinion.

Another idea is to not even have formal academia.  People who would be academics can do the same work, but just on their own time and living off community handouts.  People who are good at science/technology can gather/work together and if they know what they are doing, their inventions will be notable successes.  If they do not, their creations will flounder.  It’s as simple as that.

My greatest irritation is the extreme hypocrisy in society’s fussiness over perfect language, spelling, and grammar which always fails to include precision in terminology that opposes state dogma.

Do scholars ever write articles discussing “North-Korean variants of democracy” or “democracy with North-Korean characteristics”? Of course not.  It’s obvious to anybody that democracy is merely being abused and exploited by a regime that cares nothing about its people to maintain power.

Sinister regimes will always use something positive to mask the fact they have no intention of actually implementing such things.

Everyone can agree on that.

So why do people imply that Stalin, Mao, or Pol Pot were genuinely interested in trying to implement real communism/socialism?  Just like North Korea declaring itself democratic or the phoney elections held by authoritarian states, there is only the desire to pretend one is implementing socialism on the people’s behalf.

The abuse of the terms “communism”/”socialism” by the West (and the authoritarian regimes) are some of the worst forms of human mind-control.  Educators who are using these terms to describe the USSR or Pol Pot’s Cambodia are genuinely brainwashing children, harming society, and engaging in Orwellian-style thought-control.

The first thing that pops up when I type “communism” into Google:

Communism is a socioeconomic system structured upon common ownership of the means of production and characterized by the absence of social classes, money, and the state; as well as a social, political and economic ideology and movement that aims to establish this social order.
via en.wikipedia.org/wiki/Communism

Does that at all sound like the USSR, China, North Vietnam etc.?

But despite the extreme need for precision in language, no scholars, academics or educators bother bringing up the fact that these authoritarian regimes inherently could not be communist by definition. It’s like saying “authoritarian democracy” or “democracy with authoritarian elements.”

There are no excuses for abusing terminology in this fashion. How could Hitler’s Nazi Party and the USSR both be examples of socialism? Just looking at the basic definition of socialism, one can tell that neither are socialist. Every educated man and woman wants to pretend that abuse of language will lead to the destruction of society, yet none are willing to sacrifice their position within their academic circle by pointing out the simple, basic truth that these terms have been exploited by the West and the Eastern regimes to justify control.

Is everyone too lazy to put their heads together and come up with new terminology that is actually accurate? When it came to quantum mechanics, everybody was willing to get together to sort out how the entire physics community should interpret the new scientific research/data. But nobody can put their heads together to figure out that people will say whatever it takes to get themselves into power.

At the end of the day, anybody who thinks the USSR was an example of communism or socialism is either:
a) not intelligent enough to be discussing the issue on an academic/political level, or
b) using their intelligence to purposefully lie to the public.
Either way, people like that should have no place in academia, education or the political arena.

(Note: This is especially targeted towards those who think direct democracy should be curtailed on their behalf.)

For me, Israel should have never been created.  The Palestinians are not descendants of those responsible for the Jewish-Roman wars that occurred in that region roughly two thousand years ago.

Furthermore, it’s pretty obvious that Aboriginals can prove that they are the direct descendants of the original inhabitants of the Americas.  They have a far greater claim to taking back their original land.

I think it’s interesting how such obviousness completely slips under the radar.  People who consider themselves “the responsible and enlightened men and women of society” are suddenly nowhere to be found when such obvious inconsistencies arise and easily allow the more aggressive and unapologetically illogical voices of society to take over.  It’s obvious that right-wing loud-mouths make no sound arguments, yet those who pretend their place in society is to sort out the foolishness of the common person don’t intervene at all when people far less sensible than the common person use the least sensical arguments to justify Israel’s “right to exist” while pretending the Native Americans being almost completely wiped out when the Europeans arrived was just a coincidence.

I’ve seen people using the greater surface area of the Arab nations as an argument for why Israel is the victim.  Again, suddenly all the “responsible men and women” just let such nonsense occur despite being more than intelligent enough to know these are not sound arguments whatsoever.  Even if a person sides with Israel, they should still speak out against people siding with Israel for reasons they disagree with. Sam Harris who cares so much about logic/reason suddenly doesn’t mind the amount who support Israel for purely Christian reasons.  Even if he sides with Israel, he should still voice criticism of people supporting for a reason he is supposed to disagree with.

For the Native American issue, even if current Americans aren’t responsible for the crimes of their ancestors, they still need to make amends.  If my grandparents stole a painting from your grandparents, that painting still belongs to your lineage.  “Enlightened/responsible men and women” should be smart enough to figure that out.  But the issue never comes up.  “Erudite” men/women will talk for ages and write countless scholarly articles about some obscure philosophical concept, yet, for something so basic and obvious, they suddenly choose to say nothing and let illogic they purport to hate have voice.

Any treasures taken during colonialism must go back to their rightful owners. That’s basic common sense—if you are holding goods your ancestors stole, they still don’t belong to you.  But “mature and responsible men/women” who are so much more logical than the rest of us, again, just play dumb and refuse to deal with the issue despite being more than intelligent enough to know what is right and what is wrong.

It’s juvenile and irresponsible to be silent about such things and then make claims that you are one of the more sensible voices of society who need to bar the will of the people and curtail true democracy because everybody else is so illogical, irresponsible, and immature.

Humanitarian intervention is a complete lie! It’s equivalent to “humanitarian” colonialism. There is no such thing.

The United States cannot support genocide one moment (ie. Gaza) and have the true intention of preventing genocide the next moment. People need to keep the intentions of any intervention straight at all times.

Those who pretend the United Stats government is out to help anyone on the planet but the US elite are either self-deluded or a servant of power at this point.

Americans are the good guys.

Could it be possible that this statement isn’t true including up to the present moment and beyond?