The anti-democratic anarchists are so dangerous. They want to maintain property rights for the rich (enforced by a minority onto a majority,) but seek to abolish anything that would allow the public to properly redistribute wealth.

Nobody truly owns anything. Ownership (ideally) is something the collective group temporarily allows for to make transactions and day-to-day affairs faster and easier.  All ownership can be reassigned at the whim of the voting public.

Voluntaryists who seek to abolish democracy altogether seek to undo centuries of struggle, advocacy, and progress.  The rich owning everything while everybody is disenfranchised will just result in feudal society again where the masses must toil labouriously for rich land-owners.  Inevitably, people will start seeking democracy again only to discover that racism, sexism and other forms of bigotry have all crept back in to such a pervasive extent that rights people already suffered for have to be won a second time around.

Thus, people must nip these anti-democratic, pro-elitist movements in the bud.  One problem is that representational democracy has proven itself to be a total failure, (at least, in my eyes.) Thus, direct democracy alongside things like freedom of speech is a must at this point to avoid descending into another dark age.

I’ve never heard of anything dumber than anarcho-capitalism which opposes democracy and the current state system, but thinks all property/wealth gained under the current, unethical system should be preserved even after it is abolished.  Many use the terms “voluntaryism” or “anarcho-libertarianism” to mask a system solely revolving around rich people unfairly owning everything and the majority having no ability to reclaim the earth as free, voluntary association.

In their minds, the rich have the right to defend unfairly acquired wealth using machine guns and personal armies, but the majority using democracy to reclaim property they never consented to conceding in the first place is categorized as “theft.”

I was completely wrong when I said there was a split in the left.  These phoney-leftists opposing democracy have one basic argument: “As long as you leave rich people’s stuff alone and don’t use democracy to take back what rightfully belongs to the public, you are free to do whatever you want.”

Ideally, there would be direct democracy for urban centres existing side-by-side with self-directed spiritual communes in the countryside (with roughly ten thousand people per commune.)

The urban centres would utilize high-efficiency capitalism where VERY limited inequality maintains competition rather than any poverty.  In order to maintain this inequality, extra output could just be given to the communes rather than destroyed through war.

One problem I notice with voluntaryism is that it doesn’t take into account the natural elitist tendencies of human beings.  Without true democracy, majorities often have a natural tendency to defer to a minority elite.  (E.g. the popular clique in high school vs. the larger student body; the amount of attention models get from the general population etc.)

Voluntaryism that does not utilize democracy, requiring elites (of all fields) to make sure the general public is well-fed and educated, might result in the exact same problem it sought to eliminate. 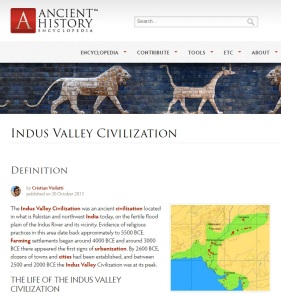 “…The social conditions of the citizens were comparable to those in Sumeria and superior to the contemporary Babylonians and Egyptians.”

“…neither sculptures of rulers nor depictions of battles and military campaigns have been found, evidence pointing in either direction is not conclusive.”

The Indus Valley Civilization is known for its highly sophisticated and egalitarian urban development that included multiple story houses designed to take advantage of air currents to create natural ventilation.

“Many houses had wells and bathrooms as well as an elaborate underground drainage system.”

Their society was known for being peaceful.  From my perspective, a society that is peaceful, egalitarian, and lacking evidence of rulers points to very limited elitism and the likelihood of statelessness. 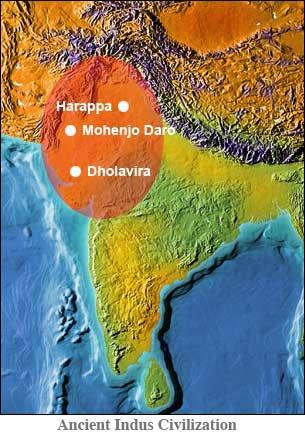 Update (Dec. 12, 2014): I realize those who oppose democracy are complete scammers trying to defend the property of the rich against the will of the public.

This is problematic because two groups opposed to elitism and state control are in serious conflict.

Direct-democracy advocates think current voting within representational democracy is basically “rigged” by multiple forces that only give voters the choice between “night” and “later that night.” However, the answer to such things is greater public involvement and demands for more direct voting on issues.

Voluntaryism advocates seem to move in the exact opposite direction. They want to cast off the shackles of any form of control including that of the general populace altogether. They want people to abstain from voting as a way to protest unfair control. However, in order for voluntaryism to work, the majority of people must naturally adopt the same basic principles and assumptions (which is not impossible seeing as how people are so good at conforming to popular ideology.) Voluntaryism works on unstated assumptions: certain ground rules must be naturally assumed and agreed upon by enough people wielding enough power to maintain a framework where people act like a single organism in their willingness to respect one another as individuals. It might be the truer form of anarchism in that sense (and a form of unconscious democracy, in reality.)

However, from voluntaryism, people have the natural right to congregate and form democratic establishments that hopefully respect those who choose not to participate in such things.

At the end of the day, the public still needs to be made highly aware of the possibility of this type of set-up to the point enough people stop listening to the current establishment.

(The fact I oddly already feel in-tune with such a notion says that we as organisms are likely able to adjust to multiple forms of social organization.)

In a previous post, I discussed the phenomena of consensus which I felt was more common within the Eastern tradition. However, I don’t think it’s a good thing for people to sacrifice their actual opinion and thoughts and go along with the group because it destroys important dissenting and minority views that often are the greater truth.

It would be great if all people had good intentions and their natural stances were generally accurate, for the welfare of the group, and in agreement with everybody else, but that’s not always the case.  The fairest thing is democracy where people vote in what they think.  If by chance there is a consensus, then great, but if not, majority rule should prevail until people with a minority position make a compelling case to the general public long enough that it becomes the new majority stance.

Democracy is exhausting, but still the best way, in my opinion.  I still disagree with the elitist set-up of the West which I barely even regard as democratic.  Western states have destroyed true fledgling democracies in Southeast Asia, the Middle East, Latin America etc.  I support direct democracy (because it’s a natural right and) since technology makes it particularly feasible now.  Those who think the public are dumb need to work hard to explain things in a way people can comprehend.  Often if it can’t be explained to the average person, one may not understand it well enough themselves.

The self-sustained micro-communities created by the Hakka people of Fujian province are proof that egalitarianism and statelessness do not result in mass poverty or cannibalism.

These micro-communities were high-functioning (many equipped with sewage systems,) environmentally friendly, and adapt for self-defence.

“They are inscribed as exceptional examples of a building tradition and function exemplifying a particular type of communal living and defensive organization, and, in terms of their harmonious relationship with their environment, an outstanding example of human settlement.”

Beware those people that like to keep people dumb, and then use this to justify why direct democracy should be curtailed.

Using job creation in one’s political campaign platform is stupid because it should be a given that the government is maintaining as many jobs as possible.

All For Israel
Create a free website or blog at WordPress.com.